What To Consider When Buying A Water Tap

HomePlumberWhat To Consider When Buying A Water Tap 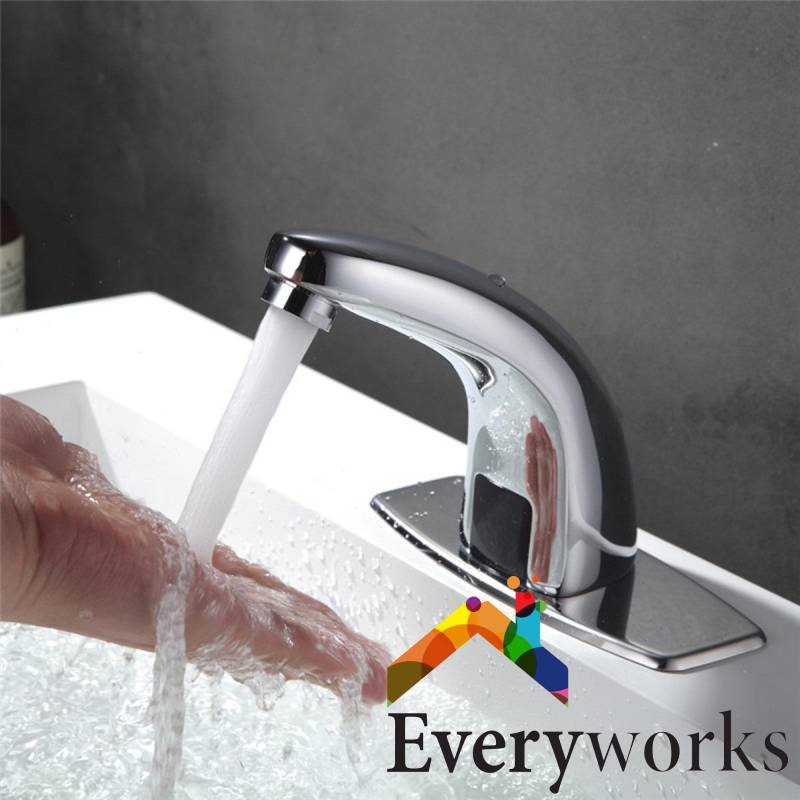 What To Consider When Buying A Water Tap

Looking for End-to-End Tap Services? Whatsapp Us for Help! Whatsapp to Start Now!

Choosing a water tap carefully is extremely important since buying the wrong model could result in common tap problems. In fact, most homeowners take various factors in mind when purchasing a water tap including the following:

To make sure that you choose the most suitable kitchen or bathroom tap for your home, we’ve compiled a list of additional factors to consider when purchasing one. That way, you can avoid an improper tap installation as well as prevent various issues from occurring such as a water leak. Moreover, you’ll be able to ensure that your tap serves your needs well and remains durable for the long term. 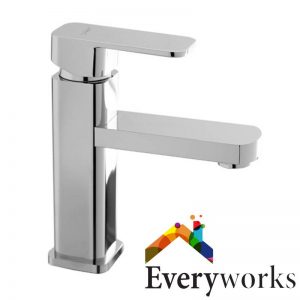 Mixer taps are a good option if you want to receive both warm and cold water from the same tap. Moreover, you can choose if you want one with a single handle or a double handle. The former enables you to switch from hot to cold water and vice versa simply by moving it sideways. On the other hand, a double handle mixer tap consists of one handle each for cold and warm water.

Bath and Shower Taps: Bathroom and shower taps are similar to mixer taps in that they also allow you to get hot and cold water from the same tap. In addition, they come in two versions namely a two-way tap or a shower mixer tap.

A shower mixer tap mixes both cold and hot water in the valve before releasing it through the shower head. Meanwhile, a two-way tap connects to your water heater and spout and normally has a hose attached for cleaning purposes.

Basin Mixers: Basin mixer taps are normally installed on washbasins only. Whereas homes in the past often set up a cold water tap for their washbasin, most Singaporean households today prefer to install basin mixers in order to easily have access to warm and cold water. 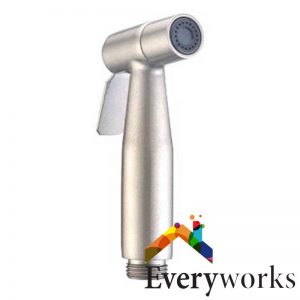 Bidet taps are designed as pull-out extensions which are normally affixed next to your toilet bowl. Through a high-pressure water spray, they help to maintain personal hygiene after using the toilet and ensure that it’s cleaned properly. This can be manually adjusted to control both water flow and water pressure according to one’s preference.

Washing Machine Tap / Service Tap: Washing machine taps mainly serve to dispense water for doing laundry. Though most homeowners prefer to buy them as one-way taps, two-way and three-way taps are also available for those in need of hot, cold, and warm water for washing.

Besides coming in different types, taps and faucets also include varying features and mechanisms. To know which taps can serve you best, feel free to explore how the following models work: 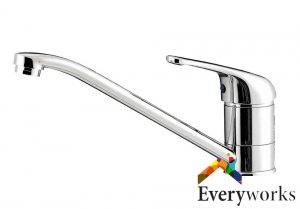 These taps consist of a handle that contains a special ball that controls how hot and cold water are mixed. It also allows you to adjust water temperature and water flow based on your preference. That said, these taps are also more prone to plumbing leaks, so think carefully before purchasing them.

Cartridge Taps: Cartridge faucets such as Ruben kitchen sink mixer taps include a handle that contains a plastic or brass cartridge. This allows you to control water flow and temperature either vertically or sideways. However, it’s important to note that these taps are used less when compared to more modern faucet types.

Ceramic Taps: Many ceramic taps are available in the market such as Kohler July bathroom mixer taps. These taps use ceramic discs as opposed to washers to allow for more durability. Moreover, they are easier to turn as compared to cartridge-type faucets. 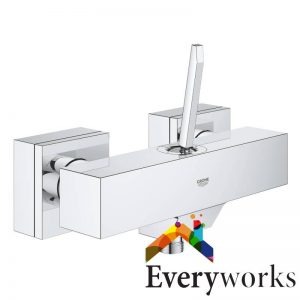 Thermostatic mixer taps contain a thermostat feature that ensures consistent temperature, thereby preventing any risk of scalding. As such, they are safer to use for kids, the elderly, and the disabled.

Besides taking tap type and tap function into consideration when buying a tap, it’s important to think about tap design as well. This is to ensure that the tap your professional plumber installs matches your home’s interior design. Moreover, you’ll be able to avoid certain tap problems such as a leaking tap. With that, here are some of the most popular water tap designs today: 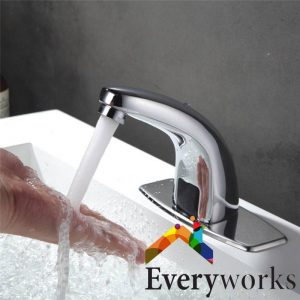 Sensor taps are commonly installed by commercial plumbers in public areas such as office and hotel washrooms. They allow users to control water usage without them having to touch a lever or handle. As such, they are extremely sanitary to use.

Pillar – These taps consist of an improved sculpted design and are mostly used for residential plumbing. Moreover, they’re normally built as single hole faucets and usually include a smooth handle which allows you to reduce water flow.

Wall Mounted – Most homeowners hire a plumber to install these taps in their bathrooms to give them a more modern look. However, they are often difficult to install since they require access to pipes that might be concealed. As such, some hacking might be necessary to set them up.

Floor Mounted – These taps come with a stunning freestanding design and are best installed by a reliable plumber alongside a designer bathtub. They are typically mounted on the bathroom floor with the spout hanging directly above the tub’s foot, thereby giving your bathroom a stunning and fancy appearance. 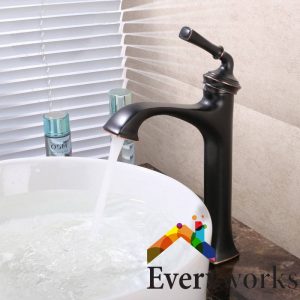 Some homeowners prefer to have a recommended plumber install an old-fashioned faucet as opposed to more contemporary models. This is because vintage taps tend to provide a Victorian-like and country-style appearance to whichever kitchen or bathroom they’re installed in.

Contemporary – If you prefer to give your kitchen or bathroom a more modern design, then you may want to purchase a contemporary-designed kitchen tap and faucet. With this, you can ensure that your space exudes a more versatile look without being too futuristic.

Modern – Most modern bathrooms, kitchens, or shower taps consist of varying designs. Some come with LED features while others are built with a more traditional neck and spout. To know which modern tap is best for your home, contact a reputable plumbing installation service for guidance.

Designer – For your bathroom or kitchen to have a more luxurious look, why not opt for designer taps. These are crafted with state-of-the-art technology which gives them a more high-end design while also providing the ultimate user experience.

If you wish to install faucets such as these in Singapore, consider buying Grohe taps or Kohler taps. 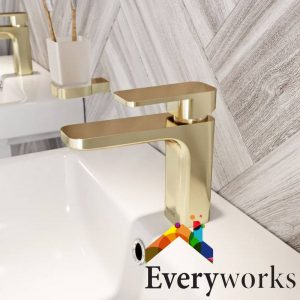 Gold taps tend to provide a stylish and luxurious feel to whichever home they’re installed in. This is because they’re also crafted with chrome finishing which gives them an expensive and gleaming appearance. As such, they are likely to provide your space with a distinct accent once they’re installed by an HDB plumber.

Traditional – If you wish to engage a plumber to have a more traditional-looking faucet installed, then you can try purchasing a basic-functioning tap without any frills. These are commonly used in residential areas and are available either as sole cold water taps or mixer taps.

Square Spouts – These taps’ cuboid-like appearance has made it popular among homeowners. As such, installing them is likely to give your home a classic but trendy look. 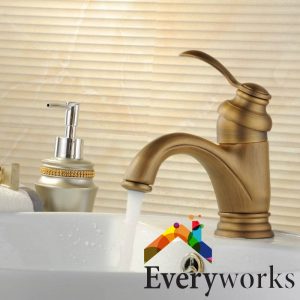 These taps have a simple yet elegant design and can be installed by professional plumbing services in both kitchens and bathrooms. That said, they are not considered very user-friendly when compared to more modern faucets such as a single-lever mixer (e.g. Grohe Eurocube Basin Mixer Tap). This is because they can only release hot and cold water separately and require manual water temperature adjustment.

Marble – When it comes to high-end premium home products, marble taps often rank very highly. This is because they are often available in bright colors such as rose gold, gold, and silver. In addition, they are highly suitable for marble countertops.

Now that you know the factors to consider when buying a water tap, you can try purchasing a highly suitable home. In doing so, consider buying from Everyworks Singapore. We offer a wide array of tap and faucet products that can suit anyone’s needs, budget, and desires. Moreover, our professional plumbers can help do a tap installation, tap replacement, and tap repair for you so that your needs are served for the long term.

Everyworks Singapore gives you the quickest solution to resolve all home maintenance issues faced by the busy modern individual. Fast response, fast arrangements and quality workmanship at reasonable and affordable prices. As a leading trusted service provider in Singapore, we have served over 20,000 customers delivering outstanding service with hundreds of highly-rated reviews on both Google and Facebook for our professional plumber, electrician, aircon servicing technicians and handyman teams. Read through our articles and browse our past works to find out more about our home services in Singapore. To find a quick solution to your home repair woes, contact our dedicated and fast response customer support with a picture or a quick text either by Whatsapp at +65 82410032 or calling us at +65 6909 0990. For email enquiries, send it to enquiry@everyworks.com.

This article is reproduced from Tap & Faucet City Singapore.

How To Choose A Faucet For Your Bathroom Or Kitchen

How To Install A Tap 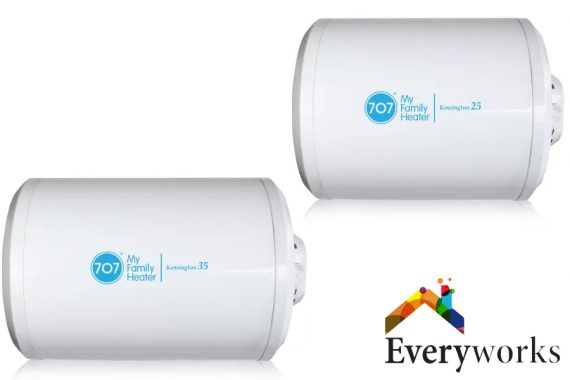 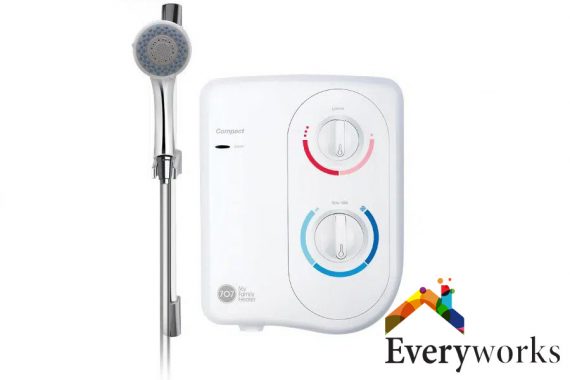 Why You Should Buy a 707 Compact Instant Water Heater 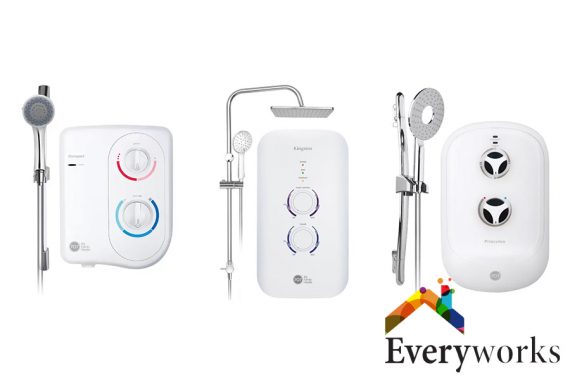 How to Save Money with a 707 Instant Water Heater?